As mentioned earlier, building distributed and disparate microservices involves a set of microservices. The following diagram depicts the target microservice platform within the ultimate target that Services team will be focusing on building and delivering business services and they will be relying on the underlying platform for the technical requirements. 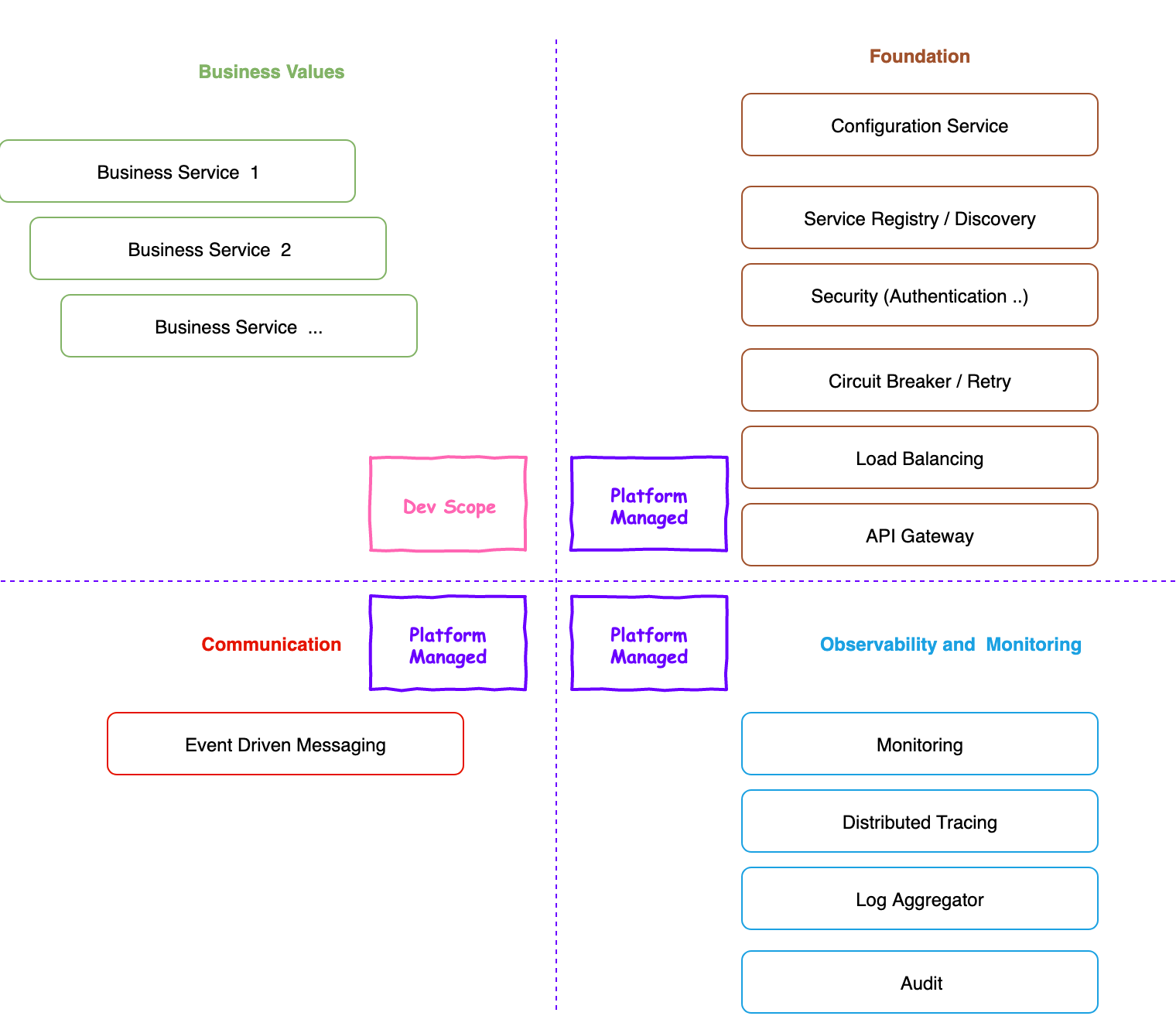 First attempts to resolve such concerns were concentrated around developing libraries that will provide these capabilites. The concept is based on embedding libraries to the service base code: 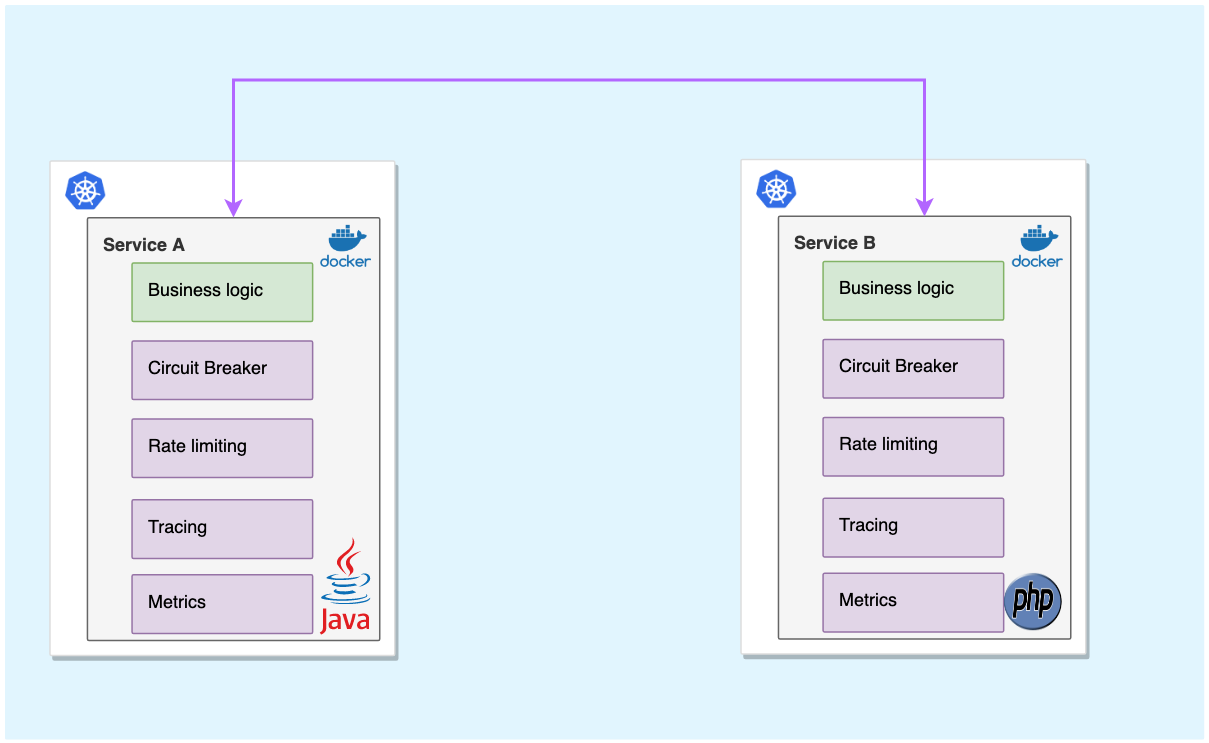 Netflix OSS and then Spring Cloud were the most popular and widely adopted frameworks for the Java Ecosystem.

Limits of the oriented pattern: 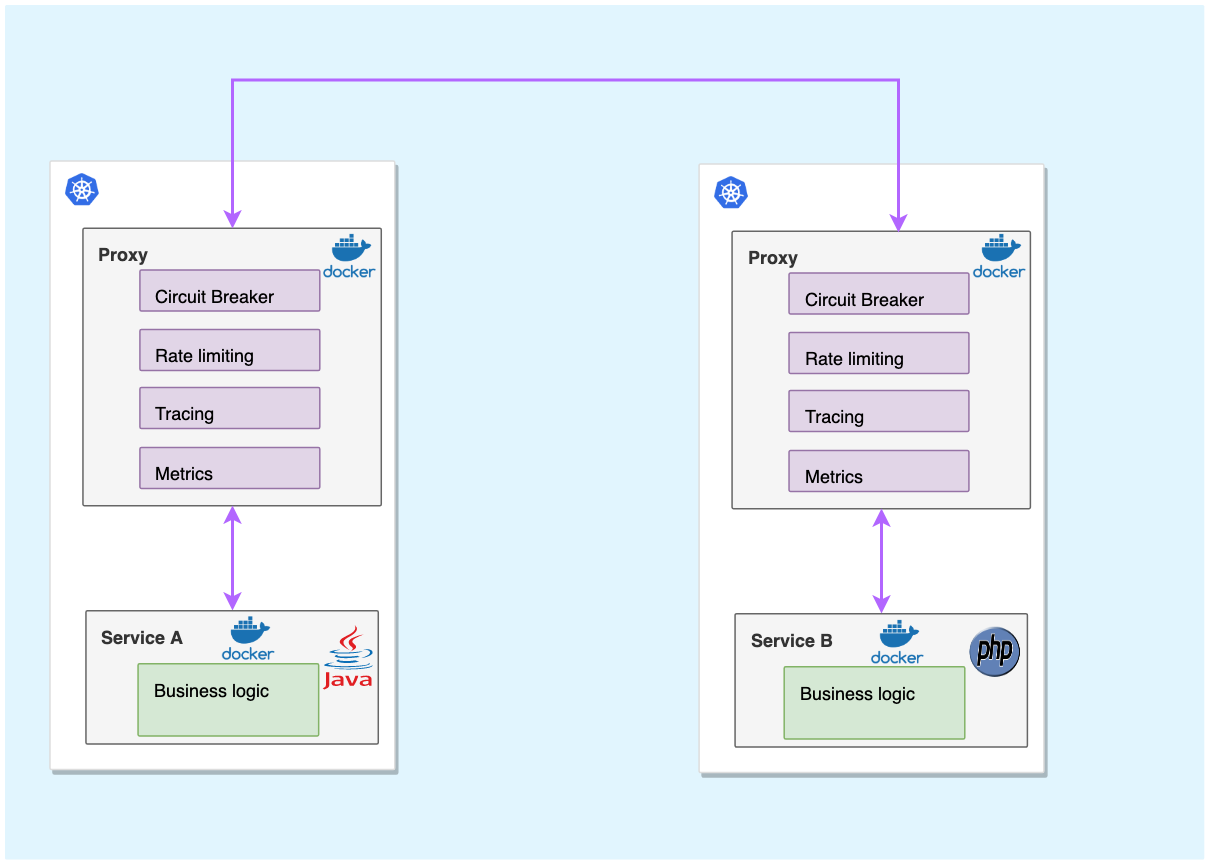 Definition of a Service mesh

A service mesh is a dedicated infrastructure layer for handling service-to-service communication. It’s responsible for the reliable delivery of requests through the complex topology of services that comprise a modern, cloud native application.(buoyant.io)